The Chapters of Chasing Dreams: Part 2-The Rocky Road of Writing

Part 2: The Rocky Road of Writing

Several months ago, in October 2019, I was in the middle of the school run when I got the email every writer is waiting for.

Dear Tracy,
Thank you for submitting (picture book manuscript). I have read your submission and am excited about the opportunity to publish it.

I couldn't believe it.

It was two and a half years since I had returned to writing and here was my dream morphing into reality in front of me.

Problem was (this is me and, of course, there was a catch) that the publishing offer came from a company in America...

a very small company in America...

a company which were very excited about using my manuscript as one of the launch books for their new children's imprint. (An imprint which, by the way, had a very cute name.)

Nevertheless, it all sounded really promising...

until the advice came flooding in to turn it down. Advice that I had to admit I trusted.

The reasons were varied and complicated. It wasn't that there was a problem with the offer but more that the publishing company in question were too small to do more than sell online or print on demand. In short, the book would not get the sales, meaning my debut would look like a failure.

'But there's interest in my manuscript,' I cried. 'Surely that counts for something?'

So what did I do? Not wanting to thwart a chance at a long-term career, I heeded the advice, took a (very) deep breath, kissed goodbye at the chance of seeing my work in print (my dream since childhood) and turned the offer down.

I have to admit, that was not the best day. But, I was firm. I allowed myself twenty-four hours to mope and then I moved on. After all, those who had advised me knew what they were talking about and hopefully there was light around the corner.

There was. By the time Christmas came I had two honourable mentions and two short-listed entries from a run of competitions I had entered. What an end to the year! So much so that when I jotted down a list of my successes in 2019, I actually forgot to list the offer of publication. It had all but disappeared from my mind.

January 2020 dawned full of hope and promise. Then seven days in came the news that I hadn't been placed in the bigger of the competitions. Nor had I won the smaller one. Instead first place went to a very worthy winner who I happen to have the privilege of knowing. I was thrilled for him and disappointed for me.

And then the news continued. Within the space of a week, two of my other writing buddies also received wonderful, ground-breaking news about their work.

One of the best things about joining the writing community has been the supportive and dynamic hub of people I have connected with. People who share the same passions, the same visions and the same hopes as myself. People who provide encouragement, support and who genuinely wish you well. The feeling is most definitely that we are all in it together.

But sometimes, just sometimes, when you're chasing dreams there are moments when it feels like it's hopeless...like you are hopeless.

One step forwards, three steps back. Suddenly, the publishing offer from three months earlier came pushing right back to the front of my mind. From that to...nothing. So near but so far...

Make way for a massive dose of imposter's syndrome and feeling hard done by.

Do I ever think about giving up?  Yes, everyday. As short as life is, I need to earn. Where is the line between dreams and self-indulgence?

Well, for one, it was my promise to my dad and, two, let's look down the road to 2030. Another decade could see my kitchen table littered with books I've had published. Okay, so that's best case scenario but it is still a possibility - a distinct possibility.
One thing's for sure, though. If I give up, my kitchen table will remain ladened with nothing but food.

It's the hope and possibility which keeps us chasing dreams. And as my writing tutor has categorically said on several occasions: 'You can kill anyone in a story, even the main character, but you can never, ever kill hope.'

Hope and hard work! That's what I'm chasing dreams with. All my writing friends are on a similar path but we're not on the same one. We'll all get our moments to shine and to celebrate and no doubt we'll all have our 'can't do it days'.

But what's important is that we get back up, keep smiling and keep on going. 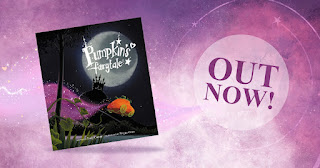